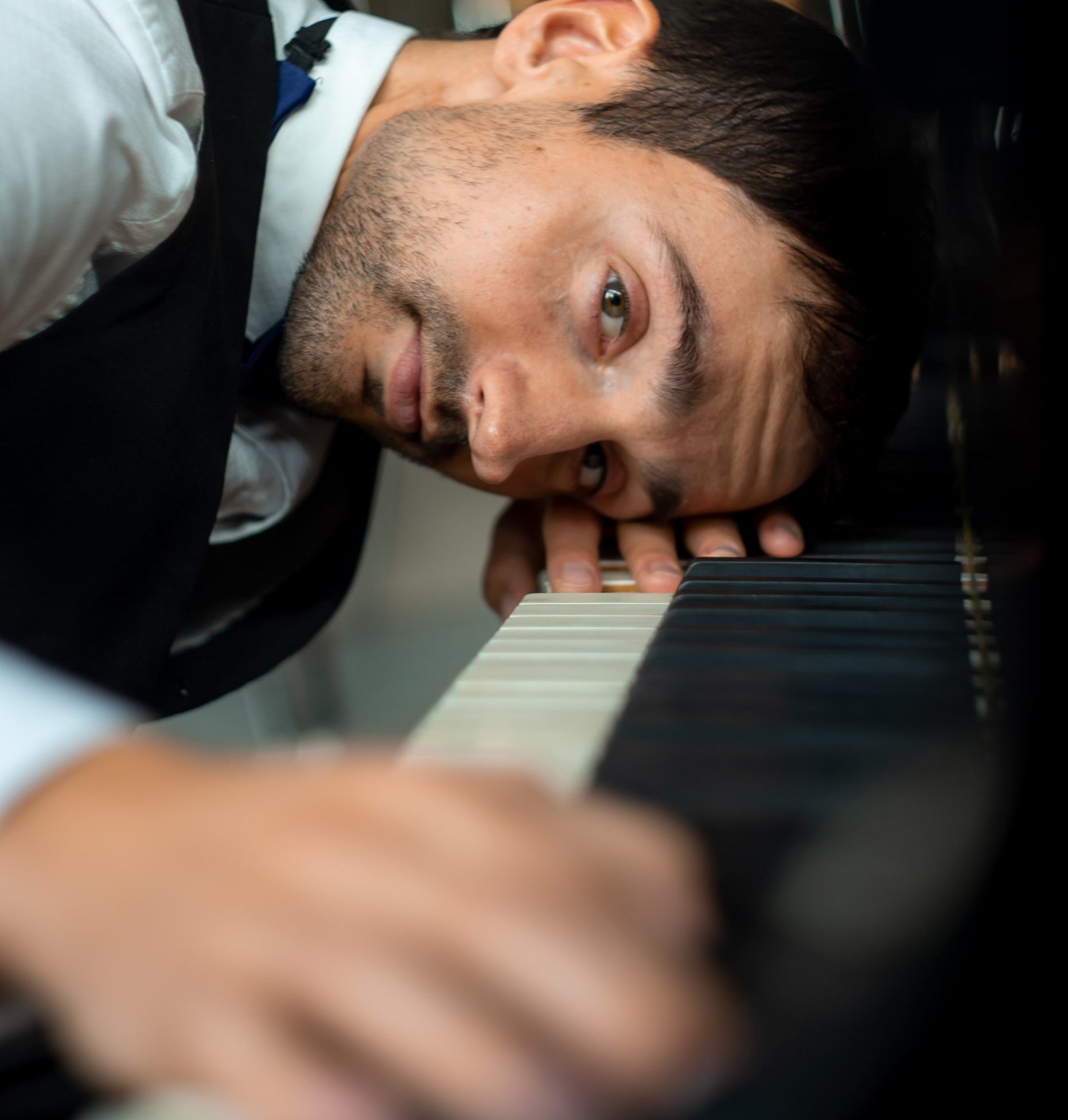 Since the moment Eduards Grieznis first heard the piano he was taken over by it. A born entertainer, his interest in the creative arts was stoked throughout his childhood years, balancing his piano with a broader arts school education. But eventually the lure of the ivory keys was too much for him and he dived fully into his craft, writing his first piano miniatures at the tender age of twelve.

His career has seen him live and play in Europe: leaving his native Latvia to study in the UK at the Royal Northern College of Music before a Masters at the Guildhall School in London, supported by the Guildhall Trust; two first prizes – in the Giuseppe Terraciano piano competition in Salerno, Italy and the Piano Recital Prize at the RNCM in Manchester, UK; masterclasses with the likes of Matti Raekallio, Oleg Stepanov, Oleg Mantur and James Kirby.

But through all this travelling, the unique, magical power of the piano to affect its listeners has never been lost on him. His mission is disarmingly simple – to move as many people as he can with his music, in any way he can.

His CV boasts some impressive milestones – performances and interviews on Latvia’s National Radio Classic, on National TV in the Cultural News section, on the Premier Leagues End of Season Promo – and he released his first full classical album in 2017. His film soundtrack credentials were showcased when part of his 2017 album, a dedication to Latvia’s 100th birthday, was used for a Latvian documentary movie “Spertāla kapričo”, premiered in Riga at Cinema Splendid Palace.

And yet he has always found time to give back to his community, whether through teaching and accompanying at his local specialist music schools in Riga, working as a visiting lecturer or organizing 13 charitable events – the latest being his CODE project (‘Come over, Donate and Enjoy’) to raise funds with a range of events at venues that include the 1901 Arts Club and the Latvian Embassy in London.

Since May 2021 Eduards has started his full-time PhD Music course at the London College of Music supported by Vice Chancellor’s PhD scholarship award.

Eduards is currently working on a collection of his own compositions, inspired by such musical heroes as Mozart, Beethoven and Liszt, alongside some exploration and reimagining of traditional Latvian Folk Songs.

To receive personal benefits, and to support new creations, become my Patreon